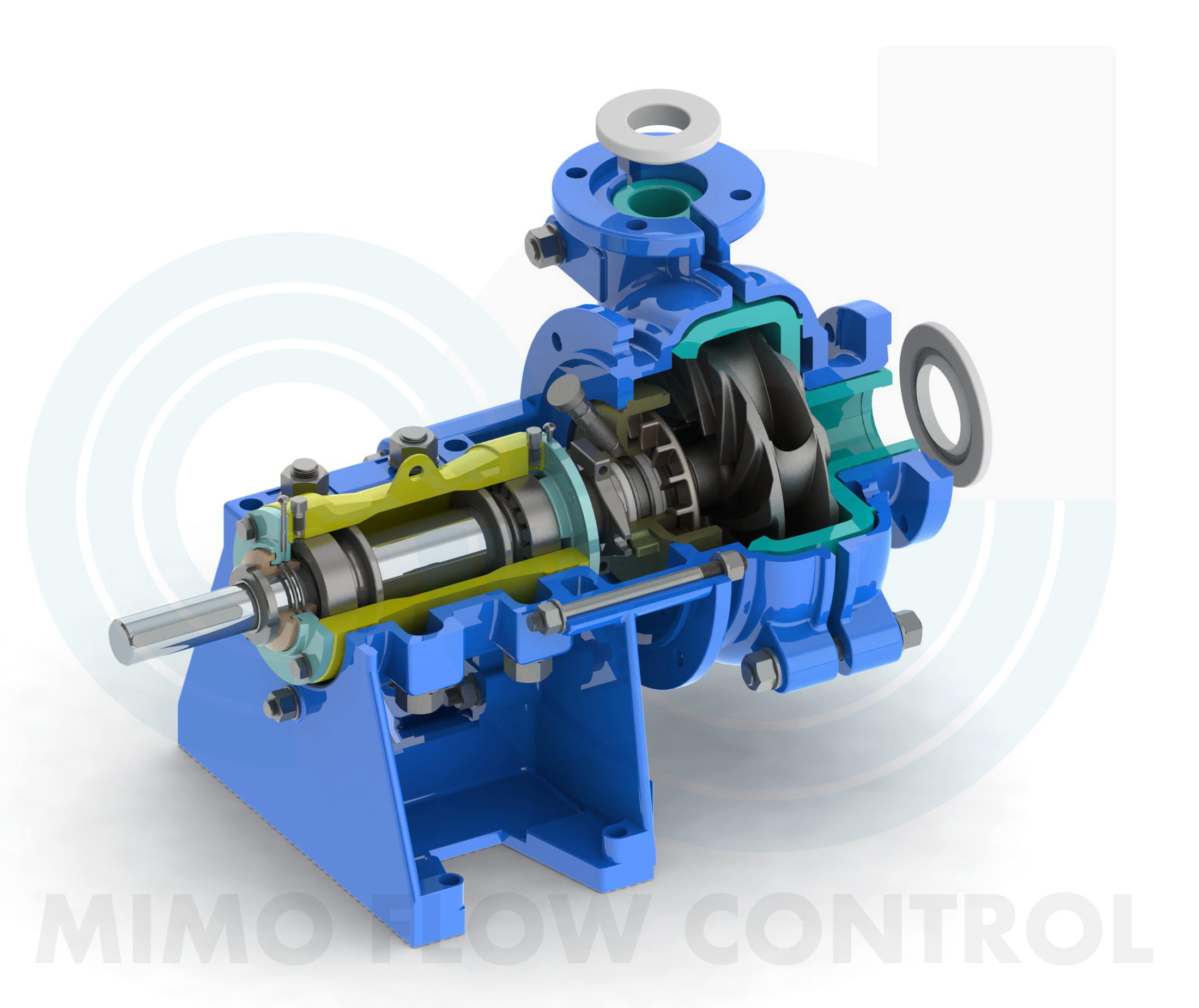 To ensure that the mechanical seal works properly in a high temperature environment, the following measures can be taken.

1. Add a cooling flush to the machine seal.

2. Choose materials that are resistant to high temperatures and use different materials depending on the operating temperature.

The upper limit of the nitrile rubber temperature is 80 ° C, the silicone rubber and the fluororubber are 200 ° C, and the polytetrafluoroethylene is 250 ° C. In addition, the non-metallic friction pairs in the mechanical seal are mostly made of graphite impregnated materials, so different types of impregnated graphite should be selected according to different working temperatures. Generally, the temperature range of the immersed babbitt graphite is less than 150 ° C, and the temperature of the immersion resin graphite is 170 to 200 ° C. The graphite immersed in copper, aluminum and lead can be used under working conditions of less than 400 ° C. As far as possible, the moving ring assembly should use materials with similar expansion coefficients to prevent the connection between the moving ring and the moving ring seat from loosening at high temperatures.

Metal bellows seals have been used in high temperature seals in recent years and have achieved good results. In this type of machine seal, the metal bellows replaces the spring in the ordinary machine seal, eliminating the dynamic ring auxiliary seal ring, and does not need to overcome the friction and wear of the rotating shaft when compensating the moving ring, so it is generally used at high temperatures. Can achieve good results.

In the refinery chemical plant, the medium transported at a low temperature generally has the characteristics of small creepage, poor lubricity, and easy gasification, and the medium absorbs a large amount of heat during gasification, causing the ambient temperature to drop sharply, causing condensation of moisture in the air. Leading to the end face and its surrounding ice, so that the end face is not tight enough to cause leakage. At the same time, due to poor lubricity, the heat generated by the end face friction is high. If it cannot be transferred in time, the gasification at the end face will be intensified, causing a vicious cycle and accelerating the early failure of the sealing surface. In addition, the low-temperature sealed auxiliary seal ring is hard to break off at low temperatures and is also prone to leakage.

For low temperature sealing, in addition to selecting the appropriate auxiliary sealing material, pay attention to the following points.

1. Improve the sealing structure and correctly select the friction pair material. Practice has proved that opening a circular arc groove on the surface of the static ring can form a hydrodynamic seal, increase the bearing capacity of the fluid film, improve the lubrication condition of the end face, and effectively extend the working life of the machine seal. In terms of end face matching, the tungsten carbide-M106K graphite pair (ie, dynamic and static ring materials) is generally superior to other materials because of its good lubricity, low friction coefficient, and good thermal conductivity.

When the rotational speed exceeds 3000r/min or the linear velocity of the friction pair exceeds 25m/s, it can generally be regarded as a high-speed seal. Under high-speed conditions, the friction end face has a large linear velocity, and the heat generated by the friction is also large. At this time, the liquid film on the end face is not easily formed, and the wear is intensified. The high speed also easily causes the vibration of the rotating ring and is subjected to a large centrifugal force, which is disadvantageous for the formation and maintenance of the liquid film between the end faces. Therefore, in the case of high speed, in order to reduce the influence of centrifugal force and vibration, the rotating parts should be minimized, and the spring static structure is adopted. It is also possible to enhance the cooling and lubrication of the end face of the friction pair. In addition, a friction material having a high [PV] value may be selected to reduce the contact width of the end face or a mechanical seal using a controlled film. In recent years, a mechanical seal called a differential ring has also been used in high speed equipment. Since a differential ring is added in the middle of the original moving ring, the speed of the friction line can be reduced by half, and a good effect is obtained.

The mechanical seal working pressure exceeds 4-5 MPa, which belongs to the high pressure sealing range. Under high pressure conditions, the sealing end face is excessively pressed, causing the end face to generate heat, thereby destroying the formation of the liquid film and causing abnormal wear. High pressure can also cause deformation and cracking of the friction pair. High-pressure seals generally use a balanced structure so that the end face specific pressure is in a suitable range. However, considering the reliability of the seal, the balance factor cannot be increased without limitation, and in some cases, although the balanced structure has been adopted, the end face specific pressure may still be large. (Public number: pump butler) It is difficult to meet the requirements of use only by the balanced structure. In this case, multi-end machine seal or controlled membrane mechanical seal can be used.

Sixth, the mechanical seal under the granular medium

Some machine seals may work in media containing solid particles. When the solid particles enter the friction end face, they are prone to severe wear and tear, resulting in a quick failure of the seal face. In addition, the solid particles may make the moving ring seal unable to move in the axial direction, so that the moving ring cannot float, and the compensation is lost, resulting in failure of the machine seal. A more effective way to do this is to add an external flushing device. Since the pressure of the flushing liquid introduced into the sealed chamber is higher than the pressure of the medium in the sealed chamber, the particulate medium can be effectively prevented from entering the sealed chamber. In addition, a double mechanical seal can be used to seal the seal cavity. An external mechanical seal can also be used.

At present, mechanical seals have become the most common form of seal in the mobile equipment of refinery and chemical plants, and its application range will be further expanded with the continuous improvement of its design and manufacturing level and the continuous development of new materials.